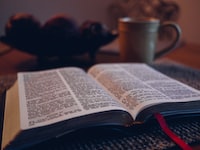 What does Melania see in Donald Trump? – 10 billion dollars and high cholesterol.

How does Donald Trump plan on deporting illegal immigrants? – Juan by Juan.

If Donald Trump becomes President, it won’t be the first time he’s kicked a black family out of their home.

What is Donald Trump telling Barack Obama supporters? – Orange Is The New Black.

What did Donald Trump do before criticizing illegals? – He made sure his pools were clean and his lawns were mowed.